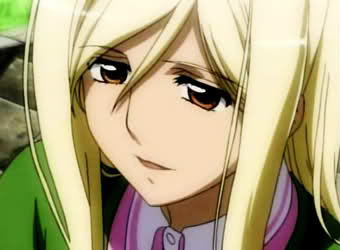 The Holy Stratocracy of Takano Miyo is a gargantuan, efficient nation, ruled by Shion Sonozaki with an iron fist, and notable for its parental licensing program, multi-spousal wedding ceremonies, and triple-decker prams. The hard-nosed, hard-working, cynical, humorless, devout population of 18.518 billion soldiers are kept under strict control by the oppressive government, which measures its success by the nation's GDP and refers to individual citizens as "human resources."

The large, corrupt, well-organized government prioritizes Defense, with Law & Order and Education also on the agenda. It meets to discuss matters of state in the capital city of Hinamizawa. The average income tax rate is 97.9%.

The frighteningly efficient Takano Miyoan economy, worth a remarkable 3,670 trillion Miyoes a year, is broadly diversified and led by the Arms Manufacturing industry, with major contributions from Information Technology, Uranium Mining, and Tourism. Average income is an impressive 198,188 Miyoes, and evenly distributed, with the richest citizens earning only 2.1 times as much as the poorest.

Politicians constantly ring their voters to remind them how good a job they're doing, military spending recently hit a new high, Takano Miyo's newly-famous raindances to summon storms instead attract tourists from all over East Asian Dominion, and foreign governments are looking into weaponizing the infamous Takano Miyoan bee. Crime, especially youth-related, is totally unknown, thanks to a very well-funded police force and progressive social policies in education and welfare. Takano Miyo's national animal is the Hanyuu, which is also the nation's favorite main course, and its national religion is Hanyuu Munchingism.

Takano Miyo is ranked 78,437th in the world and 1st in East Asian Dominion for Most Income Equality, scoring 47.43 on the Marx-Engels Emancipation Scale.