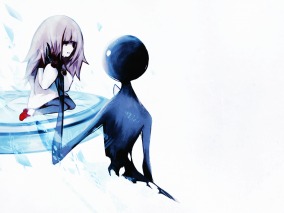 The Starlight of Stella-rium is a massive, cultured nation, ruled by Kano with an even hand, and remarkable for its zero percent divorce rate, otherworldly petting zoo, and punitive income tax rates. The compassionate, devout population of 4.19 billion Stella-riumians are prohibited from doing almost everything except voting, which they do timidly and conservatively.

The enormous government juggles the competing demands of Defense, Law & Order, and Education. The average income tax rate is 67.2%, and even higher for the wealthy.

The thriving Stella-riumian economy, worth 283 trillion WS a year, is quite specialized and led by the Information Technology industry, with major contributions from Tourism, Arms Manufacturing, and Furniture Restoration. State-owned companies are common. Average income is 67,690 WS, and distributed extremely evenly, with little difference between the richest and poorest citizens.

Phone taps are frequently carried out by the police, roosters that herald the rising sun are immediately sent to the slaughterhouse, parents must choose their children's names from a government-mandated master list, and the new iVote app allows representatives to vote on legislation by launching ill-tempered birds and matching candies. Crime, especially youth-related, is totally unknown, thanks to the all-pervasive police force and progressive social policies in education and welfare. Stella-rium's national animal is the WS, which frolics freely in the nation's many lush forests.

Stella-rium is ranked 20,776th in the world and 1st in Central Asia for Healthiest Citizens, with 10.15 bananas ingested per day.