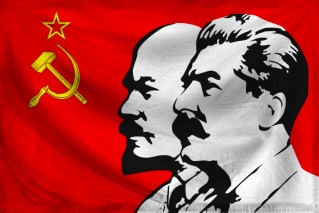 The People's Republic of Stalin Lands is a colossal, efficient nation, ruled by Stalin with a fair hand, and remarkable for its multi-spousal wedding ceremonies, public floggings, and stringent health and safety legislation. The compassionate, democratic, cheerful population of 8.064 billion Stalin Landsians are free to do what they want with their own bodies, and vote for whomever they like in elections; if they go into business, however, they are regulated to within an inch of their lives.

The enormous, outspoken government juggles the competing demands of Education, Administration, and Healthcare. It meets to discuss matters of state in the capital city of Stalingrad Gulag. The average income tax rate is 96.2%.

The frighteningly efficient Stalin Landsian economy, worth a remarkable 1,264 trillion gulags a year, is driven entirely by a combination of government and state-owned industry, with private enterprise illegal. The industrial sector, which is quite specialized, is led by the Information Technology industry, with significant contributions from Tourism, Book Publishing, and Arms Manufacturing. Average income is an impressive 156,847 gulags, and distributed extremely evenly, with practically no difference between the richest and poorest citizens.

It is illegal for police officers to carry out searches due to strict privacy laws, criminals lock themselves in their mums' basements to avoid prison, a suspicious number of male students have joined the Ladies' Wrestling League, and one of the most popular models in Stalin Lands has a scarred face and one working eye. Crime is totally unknown, thanks to a capable police force and progressive social policies in education and welfare. Stalin Lands's national animal is the human, which frolics freely in the nation's many lush forests.

Stalin Lands is ranked 6,680th in the world and 109th in The Communist Bloc for Smartest Citizens, with 112.3 quips per hour.

Most Recent Government Activity: 11 days ago

The Tsardom of Muscovy,