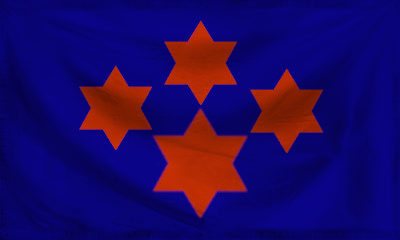 The Confederation of Soveriegn States is a gargantuan, efficient nation, ruled by Janice Rudeles with a fair hand, and renowned for its sprawling nuclear power plants, multi-spousal wedding ceremonies, and complete absence of social welfare. The hard-nosed, democratic, cheerful, devout population of 26.389 billion Soveriegn Statesians enjoy a sensible mix of personal and economic freedoms, while the political process is open and the people's right to vote held sacrosanct.

The minute government, or what there is of one, is solely concerned with Education. It meets to discuss matters of state in the capital city of Jefferson. Income tax is unheard of.

The frighteningly efficient Soveriegn Statesian economy, worth a remarkable 4,629 trillion Atlantic Ducats a year, is broadly diversified and led by the Information Technology industry, with significant contributions from Book Publishing, Soda Sales, and Pizza Delivery. State-owned companies are common. Average income is an impressive 175,432 Atlantic Ducats, and evenly distributed, with the richest citizens earning only 2.2 times as much as the poorest.

Officials pull all-nighters to check immigrants for potential links to terrorists, annual Formula One races bring the capital to a screeching halt, even doll houses and dog kennels have to be able to withstand rigorous earthquake testing, and real power lies not in the debating room but with those who decide what is debated. Crime, especially youth-related, is a major problem, probably because of the absence of a police force. Soveriegn States's national animal is the gyrfalcon, which teeters on the brink of extinction due to toxic air pollution.

Soveriegn States is ranked 53,919th in the world and 17th in Western Atlantic for Most Advanced Public Education, scoring 3,164.5 on the Edu-tellignce® Test Score.

Most Recent Government Activity: 11 days ago