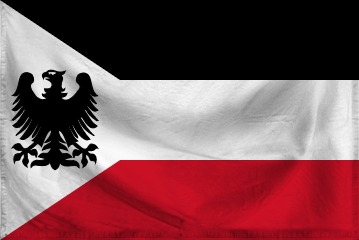 The Rogue Nation of Slaaaaaaaaarrrrrrggg is a colossal, safe nation, notable for its sprawling nuclear power plants, daily referendums, and compulsory vegetarianism. The compassionate, humorless population of 8.579 billion Slaaaaaaaaarrrrrrgggians have some civil rights, but not too many, enjoy the freedom to spend their money however they like, to a point, and take part in free and open elections, although not too often.

The medium-sized, corrupt government juggles the competing demands of Education, Administration, and Environment. It meets to discuss matters of state in the capital city of Leg End. The average income tax rate is 75.3%, and even higher for the wealthy.

The frighteningly efficient Slaaaaaaaaarrrrrrgggian economy, worth a remarkable 1,205 trillion Skoins a year, is quite specialized and mostly made up of the Information Technology industry, with significant contributions from Tourism. State-owned companies are common. Average income is an impressive 140,477 Skoins, and distributed extremely evenly, with little difference between the richest and poorest citizens.

Citizens volunteer for tax audits to avoid the 80-page Practical Assessment Survey Tool On Religions, young children are regularly seen wagering pocket money at blackjack tables, passive-aggressive congratulations cards inform mums-to-be that their pregnancy is their greatest achievement in life, and tourists from around the world come to visit the country's famous rainforests. Crime, especially youth-related, is totally unknown, thanks to a capable police force and progressive social policies in education and welfare. Slaaaaaaaaarrrrrrggg's national animal is the Tiger, which frolics freely in the nation's many lush forests.

Slaaaaaaaaarrrrrrggg is ranked 75,213th in the world and 1st in Bonkai for Highest Wealthy Incomes, with 184,154 Standard Monetary Units.