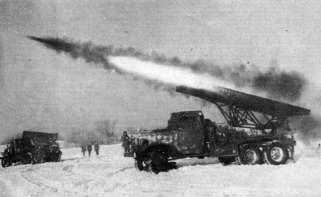 The Republic of Shock Division 90 is a gargantuan, safe nation, renowned for its compulsory military service, state-planned economy, and punitive income tax rates. The hard-nosed, cynical population of 10.473 billion shock troopers are ruled without fear or favor by a psychotic dictator, who outlaws just about everything and refers to the populace as "my little playthings."

The large, corrupt, well-organized government juggles the competing demands of Law & Order, Defense, and Education. It meets to discuss matters of state in the capital city of Shock Division 90 City. The average income tax rate is 65.3%, and even higher for the wealthy.

The heavily armed economy, worth 744 trillion dollars a year, is driven entirely by a combination of government and state-owned industry, with private enterprise illegal. The industrial sector, which is broadly diversified, is led by the Uranium Mining industry, with major contributions from Arms Manufacturing, Book Publishing, and Woodchip Exports. Average income is 71,087 dollars, and distributed extremely evenly, with little difference between the richest and poorest citizens.

Street preachers sell salvation with a side order of shame on every corner, bizarre-looking creatures called 'eagledogs' dominate wildlife preserves, traffic tickets are punishable by 9000 push-ups, and citizens who want to celebrate the holidays generally deck the halls with old newspaper trimmings and dirty socks. Crime, especially youth-related, is totally unknown, thanks to a well-funded police force and progressive social policies in education and welfare. Shock Division 90's national animal is the eagle, which teeters on the brink of extinction due to toxic air pollution.

Shock Division 90 is ranked 184,830th in the world and 31st in The Trunk of a Pontiac Tempest for Greatest Rich-Poor Divides, with 1.82 Rich To Poor Income Ratio.