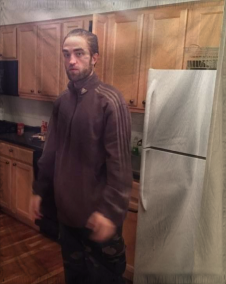 The People's Republic of Sheathimony is a massive, environmentally stunning nation, ruled by General Secretary Vladimir Ilyich with an even hand, and renowned for its state-planned economy, keen interest in outer space, and irreverence towards religion. The compassionate population of 1.185 billion Sheathenizens are fiercely patriotic and enjoy great social equality; they tend to view other, more capitalist countries as somewhat immoral and corrupt.

The enormous, socially-minded government juggles the competing demands of Education, Administration, and Healthcare. It meets to discuss matters of state in the capital city of Sheathimigrad. The average income tax rate is 91.8%, and even higher for the wealthy.

The frighteningly efficient Sheathimonyian economy, worth 135 trillion Sheathimoneys a year, is driven entirely by a combination of government and state-owned industry, with private enterprise illegal. The industrial sector, which is quite specialized, is led by the Information Technology industry, with major contributions from Tourism, Beef-Based Agriculture, and Book Publishing. Average income is an impressive 114,439 Sheathimoneys, and distributed extremely evenly, with practically no difference between the richest and poorest citizens.

Transgender and agender are on the education agenda, the government has adopted a "Lightning Never Strikes Twice" approach to dealing with natural disasters, agriculture is heavily subsidized by the government, and bread-gangs raid restaurant waste bins to stockpile uneaten rolls. Crime, especially youth-related, is totally unknown, thanks to a capable police force and progressive social policies in education and welfare. Sheathimony's national animal is the Sheathimonkey, which is also the nation's favorite main course, and its national religion is The People.

Sheathimony is ranked 10,355th in the world and 238th in The Communist Bloc for Most Advanced Public Education, scoring 10,634.2 on the Edu-tellignce® Test Score.