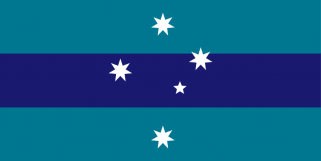 The People's Republic of Satonira is a colossal, socially progressive nation, renowned for its barren, inhospitable landscape and compulsory military service. The hard-working, democratic, devout population of 5.648 billion Satonirans have some civil rights, but not too many, enjoy the freedom to spend their money however they like, to a point, and take part in free and open elections, although not too often.

The relatively small government prioritizes Spirituality, with Education, Welfare, and Defense also on the agenda, while Environment and Industry aren't funded at all. The average income tax rate is 11.2%.

The Satoniran economy, worth 211 trillion scudoes a year, is led by the Automobile Manufacturing industry, with significant contributions from Basket Weaving, Information Technology, and Book Publishing. Average income is 37,443 scudoes, and evenly distributed, with the richest citizens earning only 4.7 times as much as the poorest.

The mining industry is making inroads into environmentally sensitive areas, genetic researchers have been expelled, citizens are barcoded to keep track of their movements, and serial commas clarify the relationship between one's lackeys, the taxpayers, and kinsfolk. Crime, especially youth-related, is well under control. Satonira's national animal is the sloth, which teeters on the brink of extinction due to widespread deforestation.

Satonira is ranked 229,484th in the world and 2nd in Oceania Region for Most Advanced Law Enforcement, scoring -3.16 on the Orwell Orderliness Index.