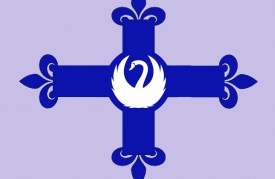 The Kingdom of San Lumen is a gargantuan, safe nation, ruled by King Jason Hohenzollern with a fair hand, and notable for its museums and concert halls, national health service, and sprawling nuclear power plants. The compassionate, democratic, cheerful, devout population of 25.892 billion San Lumenese enjoy a sensible mix of personal and economic freedoms, while the political process is open and the people's right to vote held sacrosanct.

The large, corrupt, outspoken government juggles the competing demands of Defense, Education, and Environment. It meets to discuss matters of state in the capital city of Bucharest. The average income tax rate is 90.3%, and even higher for the wealthy.

The frighteningly efficient San Lumenian economy, worth a remarkable 4,848 trillion Giselles a year, is quite specialized and mostly made up of the Tourism industry, with major contributions from Book Publishing. State-owned companies are common. Average income is an impressive 187,242 Giselles, and distributed extremely evenly, with little difference between the richest and poorest citizens.

No one born in San Lumen can fix a leaky faucet, space has been brought down to earth with constellations of cancer cases across San Lumen, nobody looks each other in the eye at neighborhood block parties any more, and armed war-criminals gain asylum if deemed 'fabulous' enough. Crime is totally unknown, thanks to a well-funded police force and progressive social policies in education and welfare. San Lumen's national animal is the Mute Swan, which frolics freely in the nation's many lush forests.

San Lumen is ranked 240,827th in the world and 35th in Mediterranean for Rudest Citizens, with 4.21 Insults Per Minute.

Most Recent Government Activity: 7 minutes ago