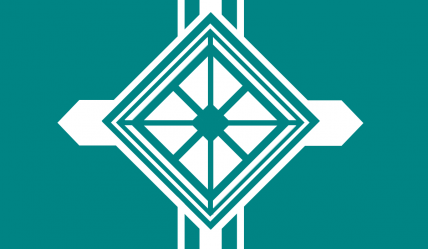 The Antecedent Republic of Salizene is a colossal, orderly nation, ruled by Scion Aedes Nova with an iron fist, and remarkable for its closed borders, free-roaming dinosaurs, and vat-grown people. The hard-nosed, hard-working, cynical, humorless population of 8.853 billion Salizeneans are kept under strict control by the oppressive government, which measures its success by the nation's GDP and refers to individual citizens as "human resources."

The large, corrupt, well-organized government juggles the competing demands of Education, Defense, and Administration. The average income tax rate is 95.3%.

The frighteningly efficient Salizenean economy, worth a remarkable 1,606 trillion Federation Credits a year, is quite specialized and mostly made up of the Information Technology industry, with significant contributions from Arms Manufacturing and Tourism. State-owned companies are reasonably common. Average income is an impressive 181,448 Federation Credits, but there is a large disparity between incomes, with the richest 10% of citizens earning 789,952 per year while the poor average 26,379, a ratio of 29.9 to 1.

The nation has recently been attributed to the funding of terrorist organisations, foragers descend on national cemeteries for 'all-you-can-dig-up' extravaganzas, the official Salizenean Phrase Book weighs as much as a small child, and Salizene has begun an effort to aggressively conquer neighboring countries (Salizene has found 1 easter egg). Crime, especially youth-related, is totally unknown, thanks to a well-funded police force and progressive social policies in education and welfare. Salizene's national animal is the Golden Eagle, which soars majestically through the nation's famously clear skies, and its national religion is The Void.

Salizene is ranked 231,317th in the world and 60th in First World Order for Largest Basket Weaving Sector, scoring -9.83 on the Hickory Productivity Index.