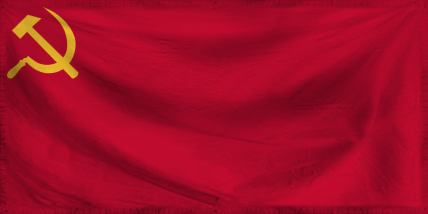 The Armed Republic of Saint Basilia is a massive, genial nation, ruled by Mihail Selenko with an iron fist, and renowned for its frequent executions, state-planned economy, and sprawling nuclear power plants. The compassionate, cynical population of 1.048 billion Saint Basilians are ruled with an iron fist by the dictatorship government, which ensures that no-one outside the party gets too rich. In their personal lives, however, citizens are relatively unoppressed; it remains to be seen whether this is because the government genuinely cares about its people, or if it hasn't gotten around to stamping out civil rights yet.

The large, socially-minded government juggles the competing demands of Administration, Education, and Defense. It meets to discuss matters of state in the capital city of Wellston. The average income tax rate is 69.9%, and even higher for the wealthy.

The strong Saint Basilian economy, worth 73.8 trillion pounds a year, is driven entirely by a combination of government and state-owned industry, with private enterprise illegal. The industrial sector, which is quite specialized, is led by the Book Publishing industry, with major contributions from Information Technology, Arms Manufacturing, and Woodchip Exports. Average income is 70,399 pounds, and distributed extremely evenly, with practically no difference between the richest and poorest citizens.

The media only bothers polling the three most exclusive country clubs in the nation, EULAs remind customers that "Private Mode" is a browser setting rather than a promise, park rangers perform full-body searches on suspected fungus smugglers, and armed security details escort librarians to their homes. Crime, especially youth-related, is totally unknown, thanks to a capable police force and progressive social policies in education and welfare. Saint Basilia's national animal is the Opossum, which teeters on the brink of extinction due to widespread deforestation, and its national religion is Catholicism.

Saint Basilia is ranked 18,567th in the world and 378th in The Communist Bloc for Healthiest Citizens, with 10.82 bananas ingested per day.