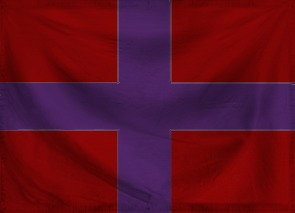 The Commonwealth of Rubian Empire is a colossal, socially progressive nation, ruled by Matthaios Angelos with an iron fist, and renowned for its museums and concert halls, smutty television, and sprawling nuclear power plants. The compassionate, cynical, cheerful population of 9.639 billion Rubians are ruled with an iron fist by the socialist government, which grants its people the freedom to do whatever they like so long as it doesn't involve getting richer than anybody else or challenging the government.

The large, corrupt, socially-minded, well-organized government juggles the competing demands of Defense, Education, and Administration. It meets to discuss matters of state in the capital city of Ruby. The income tax rate is 100%.

The frighteningly efficient Rubian Empirean economy, worth a remarkable 3,304 trillion Angelos a year, is driven entirely by a combination of government and state-owned industry, with private enterprise illegal. The industrial sector, which is quite specialized, is led by the Information Technology industry, with major contributions from Arms Manufacturing, Tourism, and Book Publishing. Average income is an amazing 342,813 Angelos, and distributed extremely evenly, with practically no difference between the richest and poorest citizens.

The endangered saltwater humpback Hawk is only seen in captivity programs, the 'Museum Of Stuff We Stole' is a tourist favourite, the nation's government buildings are remarkable for being ugly concrete boxes, and the credibility of anti-government demagogues is undermined by government claims that they smell like poo. Crime, especially youth-related, is totally unknown, thanks to a capable police force and progressive social policies in education and welfare. Rubian Empire's national animal is the Hawk, which soars majestically through the nation's famously clear skies, and its national religion is Secular.

Rubian Empire is ranked 9,719th in the world and 190th in the Rejected Realms for Largest Publishing Industry, scoring 11,626.41 on the Bella Potter Productivity e-Index.

Most Recent Government Activity: 68 minutes ago

Isles of Govia, and