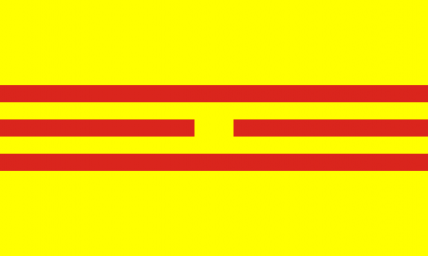 The Empire of Rm is a gargantuan, orderly nation, remarkable for its teetotalling pirates, public floggings, and prohibition of alcohol. The hard-nosed, cynical, humorless, devout population of 10.806 billion Rmians are kept under strict control by the oppressive government, which measures its success by the nation's GDP and refers to individual citizens as "human resources."

The all-consuming Rmian economy, worth a remarkable 1,223 trillion Golds a year, is driven entirely by a combination of government and state-owned industry, with private enterprise illegal. However, for those in the know, there is a large, well-organized, broadly diversified black market in Information Technology, Arms Manufacturing, Tourism, and Cheese Exports. The private sector mostly consists of enterprising ten-year-olds selling lemonade on the sidewalk, but the government is looking at stamping this out. Average income is an impressive 113,222 Golds, but there is a significant disparity between incomes, with the richest 10% of citizens earning 377,470 per year while the poor average 25,285, a ratio of 14.9 to 1.

Most of the population has had bad experiences with hoes, the most popular stadium acts are one-off performances, anti-vaxxers claim that injected children are prone to psychotic breaks when they see the 'Queen of Diamonds' playing card, and travelers are subject to extensive searches if beet stains are visible on their clothing. Crime, especially youth-related, is totally unknown, thanks to a well-funded police force and progressive social policies in education and welfare. Rm's national animal is the Elephant, which frolics freely in the nation's many lush forests.

Rm is ranked 166,746th in the world and 15th in Nova Historiae for Largest Welfare Programs, scoring 698.1 on the Safety Net Mesh Density Rating.