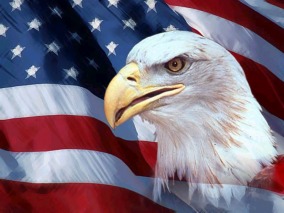 The CUP Federal Syndicrats of RightWingConservatives is a gargantuan, efficient nation, ruled by Neo Conservia with a fair hand, and notable for its free-roaming dinosaurs, flagrant waste-dumping, and sprawling nuclear power plants. The hard-nosed, hard-working, democratic, humorless, devout population of 40.119 billion RightWingConservatives enjoy frequent elections, which are uniformly corrupted by big-spending corporations buying politicians who best suit their interests.

The tiny, corrupt, pro-business, outspoken government juggles the competing demands of Defense, Law & Order, and Industry. It meets to discuss matters of state in the capital city of Conservatopia. Income tax is unheard of.

The frighteningly efficient a RightWingConservative economy, worth an astonishing 23,260 trillion dimes a year, is driven almost entirely by the private sector, which is broadly diversified and led by the Arms Manufacturing industry, with significant contributions from Uranium Mining, Automobile Manufacturing, and Information Technology. Average income is a breathtaking 579,777 dimes, but there is a vast disparity between incomes, with the richest 10% of citizens earning 5,408,140 per year while the poor average 5,499, a ratio of 983 to 1.

Invasive drug testing is now performed at elementary school sports days, rural communities are all but disenfranchised as politicians focus all their attention on winning the deciding urban votes, idyllic countryside scenes see border collies herding sixty-ton dinosaurs, and jaywalking is punishable by public flogging. Crime, especially youth-related, is totally unknown, thanks to a capable police force. RightWingConservatives's national animal is the dog, which teeters on the brink of extinction due to widespread deforestation, and its national religion is Christianity.

RightWingConservatives is ranked 260,372nd in the world and 25th in Eladen for Healthiest Citizens, with 0.3 bananas ingested per day.