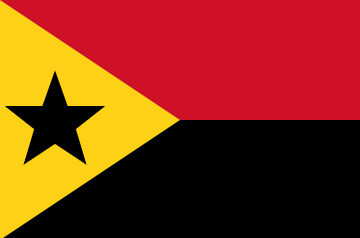 The Republic of Qihein is a colossal, socially progressive nation, ruled by Augusto Pinochet with an even hand, and notable for its barren, inhospitable landscape, absence of drug laws, and spontaneously combusting cars. The hard-working population of 5.364 billion Qiheinians enjoy some of the most opulent lifestyles in the region, unless they are unemployed or working-class, in which case they are variously starving to death or crippled by easily preventable diseases.

The minute, liberal, pro-business government, or what there is of one, prioritizes Defense, with Welfare, Healthcare, and Public Transport also on the agenda, while Spirituality and International Aid receive no funds. It meets to discuss matters of state in the capital city of Bourgeoisie. Citizens pay a flat income tax of 6.0%.

The strong Qiheinian economy, worth 253 trillion Qeins a year, is driven almost entirely by the private sector, which is broadly diversified and led by the Beef-Based Agriculture industry, with major contributions from Uranium Mining, Retail, and Pizza Delivery. Average income is 47,260 Qeins, but there is a vast disparity between incomes, with the richest 10% of citizens earning 304,600 per year while the poor average 2,962, a ratio of 102 to 1.

Qihein has designated Bourgeoisie as its capital city, Augusto Pinochet has just been declared ruler of Qihein in an international press conference, and the government has declined to declare any particular religion as its 'official' one. Crime is a major problem, with the police force struggling against a lack of funding and a high mortality rate. Qihein's national animal is the Tiger Shark, which can occasionally be seen avoiding garbage in the nation's murky oceans, and its national religion is Capitalism.

Qihein is ranked 209,489th in the world and 10,047th in the South Pacific for Most Beautiful Environments, with 436.53 pounds of wildlife per square mile.