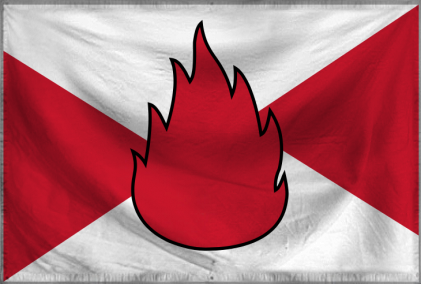 The Rogue Nation of Pyralspite is a massive, safe nation, ruled by Nagito Komaeda with a fair hand, and notable for its irreverence towards religion, restrictive gun laws, and stringent health and safety legislation. The compassionate, democratic population of 4.399 billion Pyralspitians love a good election, and the government gives them plenty of them. Universities tend to be full of students debating the merits of various civil and political rights, while businesses are tightly regulated and the wealthy viewed with suspicion.

The government — a sprawling, bureaucracy-choked, socially-minded morass — juggles the competing demands of Education, Healthcare, and Administration. It meets to discuss matters of state in the capital city of Mag Mell. The average income tax rate is 91.8%, and even higher for the wealthy.

The strong Pyralspitian economy, worth 314 trillion garnets a year, is driven entirely by a combination of government and state-owned industry, with private enterprise illegal. The industrial sector, which is highly specialized, is mostly made up of the Trout Farming industry, with significant contributions from Information Technology and Tourism. Average income is 71,562 garnets, and distributed extremely evenly, with practically no difference between the richest and poorest citizens.

Pyralspite is ranked 19,627th in the world and 338th in The Communist Bloc for Smartest Citizens, with 63.31 quips per hour.

Socialist Balkon, and 5 others.