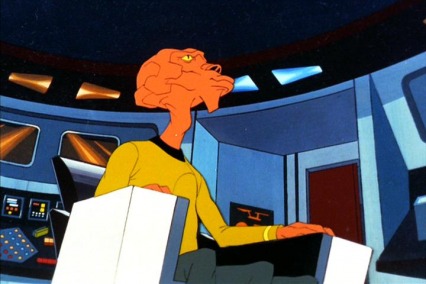 The Tripedal Species of Planet Edos is a massive, cultured nation, ruled by Arex with a fair hand, and renowned for its rum-swilling pirates, punitive income tax rates, and devotion to social welfare. The compassionate, democratic population of 4.531 billion Edosians are free to do what they want with their own bodies, and vote for whomever they like in elections; if they go into business, however, they are regulated to within an inch of their lives.

The government — a sprawling, bureaucracy-choked, liberal, socially-minded, outspoken morass — juggles the competing demands of Education, Administration, and Welfare. It meets to discuss matters of state in the capital city of Triangulum. The average income tax rate is 76.9%, and even higher for the wealthy.

The large but inefficient Edosian economy, worth 182 trillion Orchids a year, is driven entirely by a combination of government and state-owned industry, with private enterprise illegal. The industrial sector, which is quite specialized, is mostly made up of the Book Publishing industry, with significant contributions from Automobile Manufacturing and Cheese Exports. Average income is 40,201 Orchids, and distributed extremely evenly, with practically no difference between the richest and poorest citizens.

Citizens select which government department gets their income tax Orchids each year, Brancalandian Brie isn't available anywhere in Planet Edos, professionals are ready to retire by the time they receive permission to use their credentials, and jabbing a baby's bottle at officials gets parents waved straight through immigration. Crime is totally unknown, thanks to a capable police force and progressive social policies in education and welfare. Planet Edos's national animal is the Suckerfish, which frolics freely in the nation's sparkling oceans.