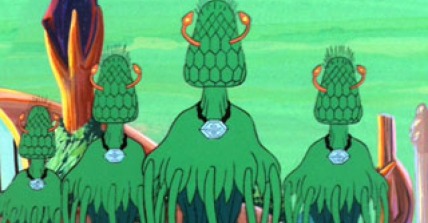 The Staphylococcus Bacteria of Phylos II is a massive, genial nation, ruled by Stavos Keniclius V with an iron fist, and notable for its compulsory military service, zero percent divorce rate, and free-roaming dinosaurs. The cynical population of 3.968 billion Phylosians are ruled with an iron fist by the dictatorship government, which ensures that no-one outside the party gets too rich. In their personal lives, however, citizens are relatively unoppressed; it remains to be seen whether this is because the government genuinely cares about its people, or if it hasn't gotten around to stamping out civil rights yet.

The government — a sprawling, bureaucracy-choked, socially-minded morass — juggles the competing demands of Education, Welfare, and Administration. It meets to discuss matters of state in the capital city of Merari. The average income tax rate is 77.2%, and even higher for the wealthy.

The sizeable but sluggish Phylosian economy, worth 95.4 trillion Voders a year, is driven entirely by a combination of government and state-owned industry, with private enterprise illegal. The industrial sector, which is highly specialized, is led by the Beef-Based Agriculture industry, with significant contributions from Information Technology, Book Publishing, and Automobile Manufacturing. Average income is 24,046 Voders, and distributed extremely evenly, with practically no difference between the richest and poorest citizens.

Citizens are allowed to rise or fall based on their own merits, old folks reminisce about the last time someone was acquitted of a crime, parties that are too noisy are broken up to prevent disturbing wildlife, and male cubicle workers stand up every time a woman enters the room. Crime, especially youth-related, is totally unknown, thanks to a very well-funded police force and progressive social policies in education and welfare. Phylos II's national animal is the Swooper, which frolics freely in the nation's many lush forests.

Phylos II is ranked 41,351st in the world and 21st in United Earth Space Probe Agency for Healthiest Citizens, with 6.47 bananas ingested per day.