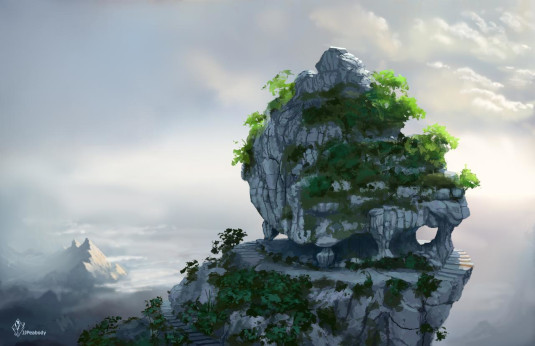 The Hundred Oaker Forest of Oaks 8 is a colossal, efficient nation, renowned for its deadly medical pandemics, state-planned economy, and restrictive gun laws. The hard-nosed, hard-working, humorless, devout population of 6.766 billion Oaks 8ians are highly moralistic and fiercely conservative, in the sense that they tend to believe most things should be outlawed. People who have good jobs and work quietly at them are lauded; others are viewed with suspicion.

The frighteningly efficient Oaks 8ian economy, worth 718 trillion planets a year, is driven entirely by a combination of government and state-owned industry, with private enterprise illegal. However, for those in the know, there is a large, well-organized black market in Arms Manufacturing, Uranium Mining, Woodchip Exports, and Cheese Exports. The private sector mostly consists of enterprising ten-year-olds selling lemonade on the sidewalk, but the government is looking at stamping this out. Average income is an impressive 106,246 planets, with the richest citizens earning 6.7 times as much as the poorest.

Parties that are too noisy are broken up to prevent disturbing wildlife, the people have taken "Hail Leader" as an invitation to lob rocks, citizens may not "love, honor and obey" anyone except the State, and vacationing Oaks 8ians expect to be treated as royalty. Crime is totally unknown, thanks to the all-pervasive police force and progressive social policies in education and welfare. Oaks 8's national animal is the falcon, which teeters on the brink of extinction due to toxic air pollution.

Oaks 8 is ranked 42,448th in the world and 3rd in Lezivuel for Largest Welfare Programs, scoring 2,149.31 on the Safety Net Mesh Density Rating.