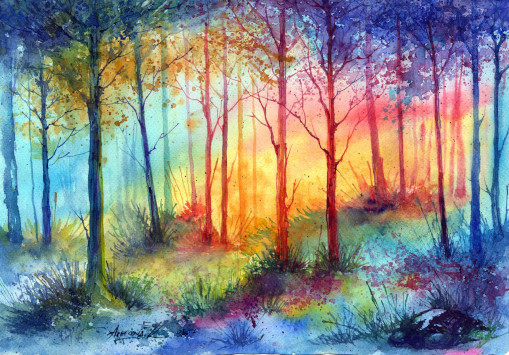 The Hundred Oaker Forest of Oaks 47 is a colossal, cultured nation, renowned for its complete lack of prisons, prohibition of alcohol, and public floggings. The hard-nosed, humorless population of 6.804 billion Oaks 47ians have some civil rights, but not too many, enjoy the freedom to spend their money however they like, to a point, and take part in free and open elections, although not too often.

The medium-sized, corrupt government prioritizes Administration, although Industry, Law & Order, and Education are also considered important, while International Aid isn't funded at all. The average income tax rate is 65.3%, and even higher for the wealthy.

The frighteningly efficient Oaks 47ian economy, worth 781 trillion planets a year, is fairly diversified and led by the Arms Manufacturing industry, with major contributions from Beef-Based Agriculture, Uranium Mining, and Woodchip Exports. Black market activity is rampant. State-owned companies are reasonably common. Average income is an impressive 114,893 planets, and distributed extremely evenly, with little difference between the richest and poorest citizens.

Protestors are soaking piles of planets in blood to make a point about government incomes, roadside walls are being built and mother nature is paying for it, the legalization of meat has skewered the sales of vegetarian substitutes, and traffic cops spend most of their work-hours calculating citizens' monthly income. Crime, especially youth-related, is totally unknown, thanks to a well-funded police force and progressive social policies in education and welfare. Oaks 47's national animal is the falcon, which soars majestically through the nation's famously clear skies.

Oaks 47 is ranked 253,611th in the world and 5,020th in Artificial Solar System for Largest Pizza Delivery Sector, scoring -16.57 on the Pepperoni Propulsion Productivity Index.