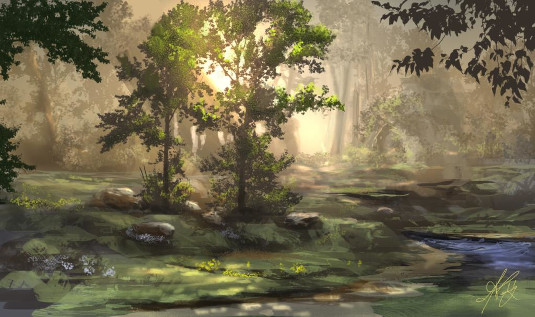 The Hundred Oaker Forest of Oaks 19 is a colossal, efficient nation, remarkable for its multi-spousal wedding ceremonies, smutty television, and ban on automobiles. The hard-nosed, humorless, devout population of 6.821 billion Oaks 19ians are highly moralistic and fiercely conservative, in the sense that they tend to believe most things should be outlawed. People who have good jobs and work quietly at them are lauded; others are viewed with suspicion.

The large, corrupt government juggles the competing demands of Administration, Law & Order, and Industry. The average income tax rate is 74.1%.

The frighteningly efficient Oaks 19ian economy, worth 892 trillion planets a year, is broadly diversified and led by the Arms Manufacturing industry, with major contributions from Retail, Information Technology, and Uranium Mining. Black market activity is rampant. State-owned companies are reasonably common. Average income is an impressive 130,912 planets, and evenly distributed, with the richest citizens earning only 4.0 times as much as the poorest.

A rolling news ticker tape of disclaimers runs across the bottom of the screen on all TV shows, Oaks 19's first free elections in recent memory have been successfully concluded, maximum security Oaks 19ian subway stations inspire prison systems around the world, and soldiers are taught to throw their guns at their enemies once the bullets have run out. Crime, especially youth-related, is totally unknown, thanks to the all-pervasive police force and progressive social policies in education and welfare. Oaks 19's national animal is the falcon, which teeters on the brink of extinction due to toxic air pollution.

Oaks 19 is ranked 13,400th in the world and 1st in the region of evil nations for Largest Welfare Programs, scoring 4,168.05 on the Safety Net Mesh Density Rating.