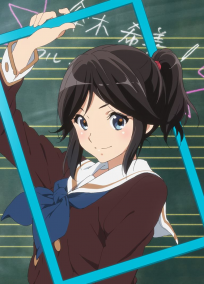 The Confederacy of Nozomi Kasaki is a massive, efficient nation, renowned for its public floggings, ban on automobiles, and free-roaming dinosaurs. The hard-nosed, hard-working, cynical, devout population of 4.092 billion Nozomi Kasakians are kept under strict control by the oppressive government, which measures its success by the nation's GDP and refers to individual citizens as "human resources."

The relatively small government is primarily concerned with Defense, although Education, Welfare, and Industry are also considered important, while International Aid and Spirituality aren't funded at all. Citizens pay a flat income tax of 13.0%.

The powerhouse Nozomi Kasakian economy, worth 269 trillion ringgits a year, is fairly diversified and led by the Arms Manufacturing industry, with significant contributions from Gambling, Cheese Exports, and Trout Farming. Black market activity is notable. Average income is 65,875 ringgits, but there is a significant disparity between incomes, with the richest 10% of citizens earning 227,168 per year while the poor average 13,983, a ratio of 16.2 to 1.

Plain-clothes police officers follow Dàguó tourists everywhere they go, Maths Professor Barbie is the most popular toy for boys and girls alike, the government seizes the property of the recently deceased, and officials pull all-nighters to check immigrants for potential links to terrorists. Crime is a problem, with the police force struggling against a lack of funding and a high mortality rate. Nozomi Kasaki's national animal is the dragon, which soars majestically through the nation's famously clear skies.

Nozomi Kasaki is ranked 240,770th in the world and 4,202nd in Artificial Solar System for Fattest Citizens, with 7.69 Obesity Rate.