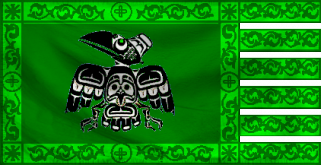 The Free Federal Republic of Nordhpadhan is a gargantuan, safe nation, ruled by Bartolomeo Colleoni with a fair hand, and notable for its free-roaming dinosaurs, ubiquitous missile silos, and compulsory military service. The democratic population of 10.643 billion Nordhpadhanians enjoy a sensible mix of personal and economic freedoms, while the political process is open and the people's right to vote held sacrosanct.

The relatively small government prioritizes Education, with Healthcare, Environment, and Industry also on the agenda, while Spirituality and International Aid receive no funds. It meets to discuss matters of state in the capital city of Wenedhig. The average income tax rate is 28.7%, but much higher for the wealthy.

The frighteningly efficient Nordhpadhanian economy, worth a remarkable 1,509 trillion Free Francs a year, is quite specialized and led by the Information Technology industry, with significant contributions from Tourism, Arms Manufacturing, and Book Publishing. State-owned companies are common. Average income is an impressive 141,812 Free Francs, and distributed extremely evenly, with little difference between the richest and poorest citizens.

Families burn Bartolomeo Colleoni's latest official photograph to keep warm, roads are often attended by round-the-clock construction crews, hunters have been known to lose limbs while attempting to 'play tag' with their prey, and foreign 'investors' have been taking a great interest in the new secret shuttle. Crime, especially youth-related, is totally unknown. Nordhpadhan's national animal is the Raven, which soars majestically through the nation's famously clear skies, and its national religion is Heathenism and Hellenism.

Nordhpadhan is ranked 206,333rd in the world and 133rd in Lands End for Largest Welfare Programs, scoring 379.33 on the Safety Net Mesh Density Rating.

Holy Virus empire, and 15 others.

United Peoples of Flowers, and