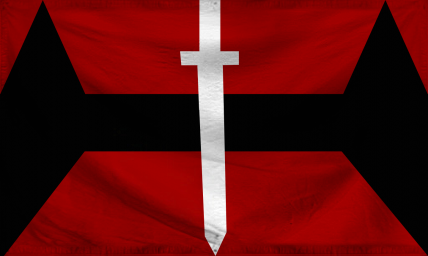 The Republic of New Mordka is a massive, orderly nation, ruled by Grand Marshal Rokoric with an iron fist, and renowned for its closed borders, lack of airports, and suspicion of poets. The hard-nosed, hard-working, cynical, humorless, devout population of 3.173 billion Mordkans are kept under strict control by the oppressive government, which measures its success by the nation's GDP and refers to individual citizens as "human resources."

The medium-sized, corrupt, moralistic, well-organized government prioritizes Defense, with Law & Order, Industry, and Spirituality also on the agenda, while Environment and Welfare are ignored. It meets to discuss matters of state in the capital city of Marshal City. Citizens pay a flat income tax of 86.1%.

The frighteningly efficient Mordkan economy, worth a remarkable 1,003 trillion dollars a year, is fairly diversified and mostly comprised of black market activity, especially in Arms Manufacturing, Uranium Mining, Retail, and Woodchip Exports. Average income is an amazing 316,192 dollars, but there is an enormous disparity between incomes, with the richest 10% of citizens earning 1,662,993 per year while the poor average 32,091, a ratio of 51.8 to 1.

Colonial citizens are forced to sing the praise of the "Great Mordkan Liberator", the nation tends not to learn from its history, jaywalking is punishable by public flogging, and it takes months to get the proper permits for a child's first tricycle. Crime, especially youth-related, is totally unknown, thanks to a very well-funded police force. New Mordka's national animal is the skunk, which is also the nation's favorite main course, and its national religion is Catholic Christianity.

Most Recent Government Activity: 17 hours ago