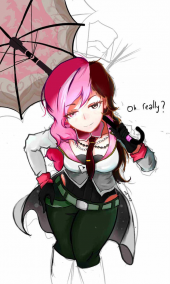 The Mute icecream Waifu of Neo27 is a massive, pleasant nation, renowned for its barren, inhospitable landscape, keen interest in outer space, and punitive income tax rates. The hard-nosed, devout population of 2.425 billion Neo27ians are highly moralistic and fiercely conservative, in the sense that they tend to believe most things should be outlawed. People who have good jobs and work quietly at them are lauded; others are viewed with suspicion.

The sizeable but inefficient Neo27ian economy, worth 83.7 trillion deniers a year, is quite specialized and dominated by the Woodchip Exports industry, with significant contributions from Cheese Exports, Uranium Mining, and Trout Farming. Black market activity is extensive. State-owned companies are reasonably common. Average income is 34,530 deniers, but there is a significant disparity between incomes, with the richest 10% of citizens earning 110,005 per year while the poor average 8,246, a ratio of 13.3 to 1.

Red rinses are frequently applied to grey hair, atheists and evolutionary biologists are fleeing the country like rats from a sinking ship, all footpaths have tollbooths, and guns don't kill people — heroes do. Crime is moderate, possibly because it is difficult to make it through a day without breaking one of the country's many regulations. Neo27's national animal is the dolphin, which is also the nation's favorite main course.