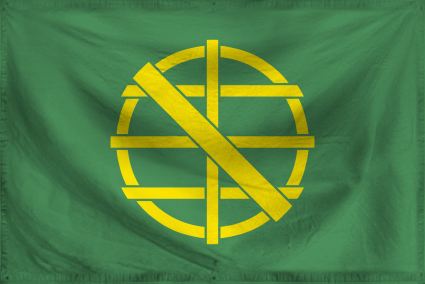 The Prefecture of Nanpo is a huge, safe nation, ruled by Governor Oda Hideyoshi with an even hand, and renowned for its compulsory military service. The hard-working population of 984 million Nanpoans have some civil rights, but not too many, enjoy the freedom to spend their money however they like, to a point, and take part in free and open elections, although not too often.

The medium-sized government juggles the competing demands of Defense, Welfare, and Law & Order. It meets to discuss matters of state in the capital city of Takayama. The average income tax rate is 20.4%.

The Nanpoan economy, worth 52.3 trillion yen a year, is fairly diversified and led by the Information Technology industry, with major contributions from Trout Farming, Automobile Manufacturing, and Furniture Restoration. Average income is 53,150 yen, and evenly distributed, with the richest citizens earning only 4.3 times as much as the poorest.

Shady doctors seem to have impeccable records, kindergartners love the free balloons that their schools give them, there's no representation without taxation, and the "Underwear of Women in Power" issue of The Takayama Times is sold out. Crime, especially youth-related, is totally unknown, thanks to a capable police force and progressive social policies in education and welfare. Nanpo's national animal is the dolphin, which can occasionally be seen avoiding garbage in the nation's murky oceans.

Nanpo is ranked 117,961st in the world and 3rd in Nippon for Highest Wealthy Incomes, with 104,335 Standard Monetary Units.