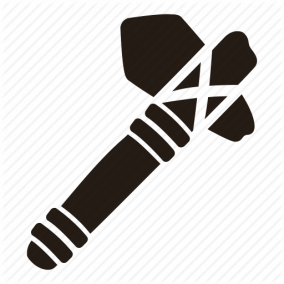 The Neolithic Chiefdom of Mummerke is a gargantuan, cultured nation, ruled by The Chief with an even hand, and remarkable for its national health service, lack of airports, and hatred of cheese. The compassionate, cheerful, devout population of 24.96 billion Mummerkeans are fiercely patriotic and enjoy great social equality; they tend to view other, more capitalist countries as somewhat immoral and corrupt.

The medium-sized government juggles the competing demands of Education, Environment, and Social Policy. It meets to discuss matters of state in the capital city of Mummerke. The average income tax rate is 59.7%, and even higher for the wealthy.

The Mummerkean economy, worth a remarkable 1,289 trillion nothings a year, is driven almost entirely by government activity. The industrial sector is mostly comprised of enterprising ten-year-olds selling lemonade on the sidewalk, although the government is looking at stamping this out. Average income is 51,652 nothings, and distributed extremely evenly, with little difference between the richest and poorest citizens.

Drug deals return to the streets as legions of undercover officers stalk the dark web, rumor has it that The Chief has won three lotteries in a row, the nation's universities are often mistaken for foreign embassies, and five-year-olds chanting "Little Miss Muffet" are accused of bullying arachnophobes. Crime is totally unknown, thanks to a very well-funded police force and progressive social policies in education and welfare. Mummerke's national animal is the owl, which soars majestically through the nation's famously clear skies, and its national religion is Paganism.

Mummerke is ranked 131,235th in the world and 13th in The Democratic Commonwealth for Most Extreme, scoring 16.15 on the Paul-Nader Subjective Decentrality Index.