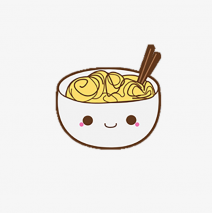 The Noodle Botherer of Mr Eldoon is a massive, genial nation, renowned for its ban on automobiles, irreverence towards religion, and stringent health and safety legislation. The compassionate population of 4.31 billion Mr Eldoonians are fiercely patriotic and enjoy great social equality; they tend to view other, more capitalist countries as somewhat immoral and corrupt.

The large, socially-minded government juggles the competing demands of Education, Welfare, and Healthcare. The average income tax rate is 40.8%, but much higher for the wealthy.

The large but underdeveloped Mr Eldoonian economy, worth 104 trillion Noodles a year, is quite specialized and led by the Trout Farming industry, with major contributions from Cheese Exports, Uranium Mining, and Soda Sales. State-owned companies are common. Average income is 24,149 Noodles, and distributed extremely evenly, with little difference between the richest and poorest citizens.

Religious organizations are being forced to leave the country or pay income taxes like everybody else, immersive video game experiences are interrupted by incessant disclaimer pop-ups, judicial robes are the country's hottest fashion trend, and restaurants are required to specify whether their toilet paper was made in Mr Eldoon. Crime is totally unknown, thanks to a capable police force and progressive social policies in education and welfare. Mr Eldoon's national animal is the Noodle Mouse, which frolics freely in the nation's many lush forests.

Mr Eldoon is ranked 103,031st in the world and 1st in The Noodle Shop At The Edge Of Reality for Largest Mining Sector, scoring 2,319.19 on the Blue Sky Asbestos Index.