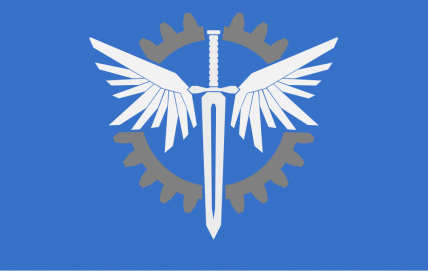 The Misspeled Masterpeice of Michigain is a colossal, cultured nation, ruled by Jayke with an even hand, and notable for its pith helmet sales, keen interest in outer space, and daily referendums. The compassionate, hard-working, devout population of 6.527 billion Michigainders have some civil rights, but not too many, enjoy the freedom to spend their money however they like, to a point, and take part in free and open elections, although not too often.

The relatively small government juggles the competing demands of Education, Administration, and Industry. It meets to discuss matters of state in the capital city of Lancing. The average income tax rate is 11.3%, but much higher for the wealthy.

The frighteningly efficient Michigainian economy, worth a remarkable 1,090 trillion Florins a year, is fairly diversified and led by the Tourism industry, with major contributions from Information Technology, Retail, and Arms Manufacturing. Average income is an impressive 167,022 Florins, and evenly distributed, with the richest citizens earning only 2.7 times as much as the poorest.

Community-designed sword prostheses are becoming dangerously common, court cases mostly involve lawyers shouting questions at witnesses giving silent shrugs, citizens have to identify all the polar bears in a blizzard photo in order to access their bank account, and tourists aren't the only ones that talk about coming back from a trip. Crime, especially youth-related, is totally unknown. Michigain's national animal is the Fox, which is also the nation's favorite main course, and its national religion is Catholicism.

Michigain is ranked 2,431st in the world and 3rd in Right to Life for Largest Retail Industry, scoring 26,194.03 on the Shrinkwrap Consignment Productivity Index.