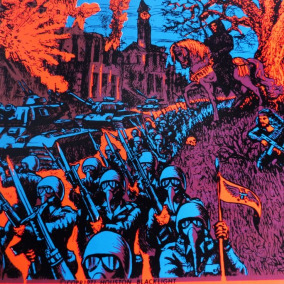 The Acid Anarchism of Mark Wright is a colossal, environmentally stunning nation, renowned for its compulsory vegetarianism, ban on automobiles, and devotion to social welfare. The compassionate, democratic population of 9.36 billion TOWIES love a good election, and the government gives them plenty of them. Universities tend to be full of students debating the merits of various civil and political rights, while businesses are tightly regulated and the wealthy viewed with suspicion.

It is difficult to tell where the omnipresent, socially-minded, outspoken government stops and the rest of society begins, but it juggles the competing demands of Welfare, Environment, and Spirituality. The average income tax rate is 81.2%, and even higher for the wealthy.

The large but underdeveloped Mark Wrightian economy, worth 248 trillion Grotbags a year, is driven almost entirely by government activity, with private enterprise illegal. The industrial sector, which is highly specialized, is mostly made up of the Woodchip Exports industry, with significant contributions from Tourism and Gambling. State-owned companies are the norm. Average income is 26,598 Grotbags, and distributed extremely evenly, with practically no difference between the richest and poorest citizens.

UFO sightings are listed daily in the morning news, computers are used primarily for word processing and solitaire, manufacturers are sued for almost anything not covered in their catalogue-sized manuals, and children have only the most basic of education. Crime is totally unknown, thanks to a capable police force and progressive social policies in education and welfare. Mark Wright's national animal is the Bernie Winters, which frolics freely in the nation's many lush forests.

Mark Wright is ranked 190,095th in the world and 3rd in The Order of Buddhist and Hindu Nations for Most Influential, scoring 28 on the Soft Power Disbursement Rating.