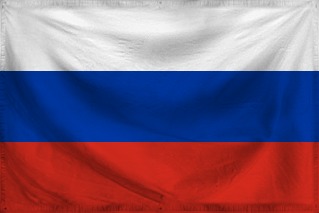 The Democratic Republic of Leckenby is a gargantuan, socially progressive nation, ruled by Prime Minister Arsene Wenger with an even hand, and notable for its multi-spousal wedding ceremonies, punitive income tax rates, and devotion to social welfare. The compassionate, democratic population of 35.284 billion Leckenbyians enjoy extensive civil rights and enjoy a level of social equality free from the usual accompanying government corruption.

It is difficult to tell where the omnipresent, socially-minded government stops and the rest of society begins, but it prioritizes Education, although Healthcare, Environment, and Law & Order are also considered important, while Spirituality and Defense are ignored. It meets to discuss matters of state in the capital city of Arjen. The average income tax rate is 94.3%.

The all-consuming Leckenbyian economy, worth a remarkable 3,081 trillion Euros a year, is driven almost entirely by government activity. The industrial sector is solely comprised of the Tourism industry. Average income is 87,335 Euros, and distributed extremely evenly, with practically no difference between the richest and poorest citizens.

Exorbitant spending on icebreakers breaks the ice at every budget meeting, the government recently relinquished its monopoly on the mail service, party-lovers often change religions just for the weekend, and fifteen-year-olds cannot walk younger siblings to school without a professional Childcare and Education Certificate. Crime is totally unknown, thanks to a very well-funded police force and progressive social policies in education and welfare. Leckenby's national animal is the penguin, which frolics freely in the nation's sparkling oceans.

Leckenby is ranked 1,092nd in the world and 1st in Emirates for Most Popular Tourist Destinations, with 2,893.67 Tourists Per Hour.