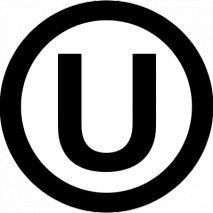 The Halaḥa of Kosher is a gargantuan, cultured nation, ruled by Rabbi Hillel with an iron fist, and renowned for its enslaved workforce, ban on automobiles, and prohibition of alcohol. The compassionate, cynical, humorless, devout population of 18.323 billion mashgiaḥim are ruled without fear or favor by a psychotic dictator, who outlaws just about everything and refers to the populace as "my little playthings."

The large, moralistic, socially-minded, well-organized government juggles the competing demands of Education, Administration, and Law & Order. It meets to discuss matters of state in the capital city of Yerushalayim. The average income tax rate is 85.5%, and even higher for the wealthy.

The large but inefficient kosher economy, worth 962 trillion heḥshers a year, is driven almost entirely by government activity. The industrial sector is mostly comprised of enterprising ten-year-olds selling lemonade on the sidewalk, although the government is looking at stamping this out. Average income is 52,527 heḥshers, and evenly distributed, with the richest citizens earning only 2.4 times as much as the poorest.

A man's 250 square-foot apartment is his castle, cancer rates amongst the richest in society are inexplicably on the rise, calling Rabbi Hillel a tyrant is seen as the ultimate compliment, and lines of trenches demarcate the nation's borders. Crime, especially youth-related, is totally unknown, thanks to the all-pervasive police force and progressive social policies in education and welfare. Kosher's national animal is the kid in its mother's milk, which frolics freely in the nation's many lush forests, and its national religion is kashrut.

Kosher is ranked 11,834th in the world and 2nd in Seinfeld for Most Beautiful Environments, with 1,392.97 pounds of wildlife per square mile.