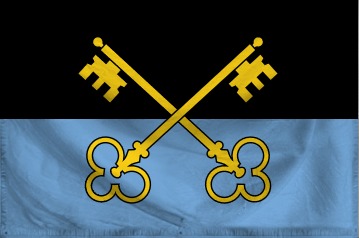 The Republic of Korvias is a massive, safe nation, renowned for its museums and concert halls, daily referendums, and sprawling nuclear power plants. The hard-nosed, hard-working, democratic population of 3.997 billion Korviasians enjoy extensive civil freedoms, particularly in social issues, while business tends to be more regulated.

The medium-sized, corrupt government juggles the competing demands of Education, Industry, and Administration. The average income tax rate is 63.2%, and even higher for the wealthy.

The frighteningly efficient Korviasian economy, worth 639 trillion Lobis a year, is fairly diversified and led by the Information Technology industry, with significant contributions from Tourism, Retail, and Book Publishing. Black market activity is notable. Average income is an impressive 159,944 Lobis, and evenly distributed, with the richest citizens earning only 2.2 times as much as the poorest.

The government is funding experimental battery technology while the power grid continues to crumble, the seats at the back of the parliament are reserved for indigenous ministers, criminals rejoice in the streets as the entire police force is sent away on a training retreat, and any body part that can be cut off a person is no longer considered to be their property. Crime is totally unknown. Korvias's national animal is the Pig, which is also the nation's favorite main course.

Korvias is ranked 172,243rd in the world and 292nd in The Leftist Assembly for Fattest Citizens, with 8.05 Obesity Rate.