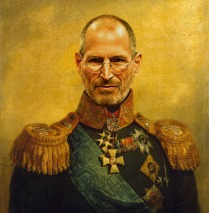 The Feudal Aristocracy of Knaves Rock is a gargantuan, orderly nation, renowned for its disturbing lack of elderly people, compulsory military service, and suspicion of poets. The hard-nosed, cynical population of 35.047 billion Knaves are kept under strict control by the oppressive government, which measures its success by the nation's GDP and refers to individual citizens as "human resources."

The relatively small, well-organized government juggles the competing demands of Healthcare, Education, and Spirituality. The average income tax rate is 9.8%, but much higher for the wealthy.

The strong Knaves Rockian economy, worth a remarkable 1,613 trillion topaz rings a year, is broadly diversified and led by the Gambling industry, with major contributions from Uranium Mining, Trout Farming, and Book Publishing. State-owned companies are common. Average income is 46,042 topaz rings, and evenly distributed, with the richest citizens earning only 2.5 times as much as the poorest.

A fashion designer has been arrested for inciting hatred after claiming redheads couldn't pull off vermillion, referenda can be called for any law at the request of at least one third of the voting population, panthers are considered a delicacy, and parents are held criminally responsible for their children's crimes. Crime is moderate, perhaps because of the country's complete lack of prisons. Knaves Rock's national animal is the panther, which is also the nation's favorite main course.