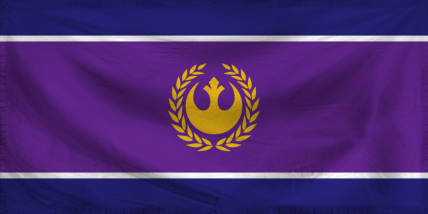 The Great Kingdom of Khlachten is a massive, cultured nation, ruled by His Royal Highness Chester Hendricks with an even hand, and renowned for its public floggings, anti-smoking policies, and punitive income tax rates. The hard-nosed, hard-working population of 1.123 billion Khlachtenians have some civil rights, but not too many, enjoy the freedom to spend their money however they like, to a point, and take part in free and open elections, although not too often.

The medium-sized, corrupt government prioritizes Industry, although Education, Defense, and Law & Order are also considered important. It meets to discuss matters of state in the capital city of Hamingcombe. The average income tax rate is 54.1%.

The frighteningly efficient Khlachtenian economy, worth 156 trillion Khlacht Dollars a year, is broadly diversified and led by the Information Technology industry, with major contributions from Tourism, Retail, and Trout Farming. Average income is an impressive 139,797 Khlacht Dollars, and evenly distributed, with the richest citizens earning only 4.9 times as much as the poorest.

The government seeks peaceful forum with terrorists, foreign workers are flooding in as Khlacht Dollars flood out, invasive drug testing is now performed at elementary school sports days, and nobody looks each other in the eye at neighborhood block parties any more. Crime, especially youth-related, is totally unknown, thanks to a capable police force and progressive social policies in education and welfare. Khlachten's national animal is the fox, which frolics freely in the nation's many lush forests, and its national religion is Angels of Khlachten.

Khlachten is ranked 36,033rd in the world and 152nd in Conch Kingdom for Most Advanced Public Education, scoring 4,602.02 on the Edu-tellignce® Test Score.

Democratic Conservative Republics, and 99 others.