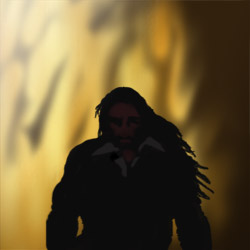 The Huddled Terrified Masses of
Keyser Soze
Capitalizt
Then he showed those men of will what will really was.
Influence
Squire
Region
Wysteria
Civil Rights
Excellent
Economy
Frightening
Political Freedom
Average

The Huddled Terrified Masses of Keyser Soze is a gargantuan, efficient nation, ruled by Keyser Soze with an even hand, and notable for its digital currency, unlimited-speed roads, and absence of drug laws. The hard-nosed, hard-working, humorless population of 20.514 billion usual suspects enjoy some of the most opulent lifestyles in the region, unless they are unemployed or working-class, in which case they are variously starving to death or crippled by easily preventable diseases.

The minute, corrupt, pro-business government, or what there is of one, is solely concerned with Industry. It meets to discuss matters of state in the capital city of San Pedro Bay. Income tax is unheard of.

The frighteningly efficient Keyser Sozean economy, worth a remarkable 8,664 trillion bribes a year, is driven almost entirely by the private sector, which is broadly diversified and led by the Soda Sales industry, with major contributions from Gambling, Retail, and Information Technology. Average income is an amazing 422,359 bribes, but there is a vast disparity between incomes, with the richest 10% of citizens earning 3,939,309 per year while the poor average 4,012, a ratio of 981 to 1.

The local custom of Biking With The Cars sends tourists home bemused or in body-bags, bars are packed at all hours, only clowns with PhDs from clown college can advise Keyser Soze on Keyser Soze's coulrophobia epidemic, and nuclear submarines have been deployed to protect the nation's banana supply. Crime, especially youth-related, is so common that it is unusual to encounter someone following the law, probably because of the absence of a police force. Keyser Soze's national animal is the innocent, which is also the nation's favorite main course, and its national religion is Criminality.

Keyser Soze is ranked 273,045th in the world and 75th in Wysteria for Most Advanced Public Education, scoring -49.8 on the Edu-tellignce® Test Score.

Most Recent Government Activity: 53 days ago