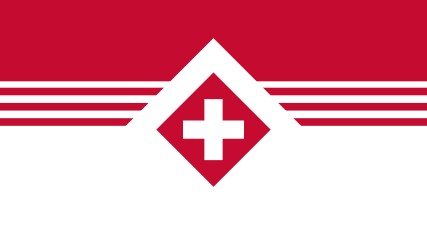 The Red Queendom of Jinea is a colossal, environmentally stunning nation, ruled by Queen Lydia The First with an iron fist, and renowned for its museums and concert halls, deadly medical pandemics, and compulsory military service. The hard-nosed, hard-working, cynical, humorless, devout population of 5.385 billion Jineans are kept under strict control by the oppressive government, which measures its success by the nation's GDP and refers to individual citizens as "human resources."

The relatively small, corrupt, well-organized government is primarily concerned with Defense, although Education, Law & Order, and Administration are also considered important, while International Aid and Spirituality aren't funded at all. It meets to discuss matters of state in the capital city of City-State of Lidiana. The average income tax rate is 38.6%, but much higher for the wealthy.

The frighteningly efficient Jinean economy, worth 766 trillion credits a year, is fairly diversified and led by the Arms Manufacturing industry, with major contributions from Information Technology, Tourism, and Beef-Based Agriculture. Black market activity is extensive. Average income is an impressive 142,297 credits, and evenly distributed, with the richest citizens earning only 2.9 times as much as the poorest.

Wood-framed catapults are ready to launch diseased corpses into besieged cities, a girl's success in life is often linked to her performance in beauty pageants, nature magazines featuring stick insects on their covers are sometimes mistaken for fashion magazines, and a degree of self-hatred is vital for a future in politics. Crime, especially youth-related, is totally unknown, thanks to a capable police force and progressive social policies in education and welfare. Jinea's national animal is the white lizard, which frolics freely in the nation's many lush forests, and its national religion is Pizza.

Jinea is ranked 150,428th in the world and 45th in The Bar on the corner of every region for Most Average, scoring 34.54 on the Average Standardized Normality Scale.