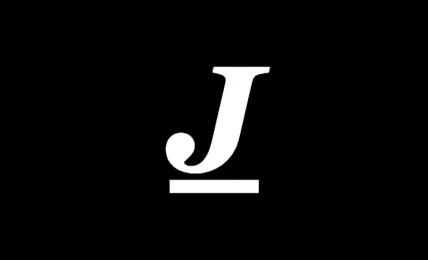 J Class national capital, The Helm, is located on the two islands in the countrys Southern inlet. The islands are commonly referred to as the North and South islands respectively. The South Island is home to the legislative and judiciary branches of government. The North Island is home to the primary residences of the Royal Family. The South Island (the biggest island territory in J Class) consists mostly of classical architecture and sprawling, barren, flat fields. There are no residents on the island, as it is kept strictly as the home of government, though tourists are allowed. The North Island is similarly flat, barren, and sprawling. Two palaces exist on the island, Monhasteleigh Palace and Velda House. Monhasteleigh Palace sits perched over the south coast of the island, looking down in the direction of the legislature and judiciary. The palace is home to the monarch and their direct family. The monarchs extended family live in Velda House which is centrally located on the island. The island is closed to the public, except for a one week period in July when it is opened for tourism.

Master Stateroom is the wealthiest and largest city in J Class located on the tip of the countrys southern peninsula. The city is comprised of massive, mostly private, sky scrapers that serve to house the elites of J Class and their staff. The city was designed by renowned city planner Karl Dressen van Hildersbee with beauty and efficiency in mind. The city itself is mostly residential but has a burgeoning service industry that caters to the cities wealthy population. Green space and parks can be found in abundance, rather unlike most of the rest of the country; and theaters, concert halls, and museums make up much of the cities non-residential areas. Master Staterooms very accessible waterfront and beauty, both natural and architectural, are what draw the majority of J Class tourists to this wonderful city. Herdover Castle sits on the outskirts of the city. Formerly a naval fortress Herdover Castle now provides an alternate residence to the Royal Family when they arent on the North Island.

Stern is a small city in the northwest of the country. The city is comprised of high-rise residences and commercial buildings with an industrial area in the citys north.The city is known for its beverage manufacturing and its stunning cliffs that overlook the calm ocean below. The city has plenty of restaurants and shops though it doesnt compete with the likes of Master Stateroom, Teak, or Starboard. Overall the citizens of Stern live fairly average lives. The city doesnt attract many tourists, though efforts are being made, in the form of new development projects and marketing, to change this.

Teak is a medium sized city located just northwest of the countrys southern inlet. The successful city was shaped by the tech industry and consist of a collection of sky scrapers that are mostly used for offices, restaurants, including some fine dining, and a few parks. There is also the West Teak Mall which provides those in the city with a large retail sector. The locals are well off but typically live in the suburbs. The surrounding metropolitan area brings the population of Teak up to the levels of Starboard and Bow, but the city itself has a fairly low population. Due to the majority of the citys population living in the suburbs Teak has one of the better public transport systems in the nation.

Starboard is a large city on the countrys south coast to the east of the southern inlet. There is a large insurance industry with multiple different national providers headquartered in East Starboard. The city also has a large advertising industry providing most of the TV, radio, print, and online advertising in J Class. The city is made up of both residential and commercial sky scrapers with a large shopping district for the cities well off population. Like Master Stateroom the city has an accessible waterfront, theaters, and concert halls. Starboard is also home to the National Sports Training Facility in which top athletes from all over the country undergo rigorous trials in an attempt to make one of J Class national teams.

Mast is a small mining city centrally located within the country. Much of the city is apartments for those that work in the mines. Mast provides its citizens with the bare minimum for survival including two restaurants, one grocery store, a library, and three schools. Despite the success of the mining industry its workers tend to have some of the lowest salaries in J Class.

Port is a small city in the North of J Class based around the noble house Durmontstraffer. The vast majority of the population are peasant basket weavers who in exchange for the work they are doing receive a home within the city. Because of this the population live fairly good lives with all of there needs being taken care of by Lord Durmontstraffer, though the lack of wages makes many fully dependent on his Lordship. There is also another Royal residence in Port, Holestin Manor. Holestin Manor is where the entire Royal Family gathers for their annual week long hunt in July.

Bow is a large coastal city in the countrys east. The city combines banking and import export to provide its citizens with high income and plenty of jobs. Bows port handles almost all nautical shipping for J Class and is the starting point for all cruise ships leaving out of or visiting J Class. There are two stock exchanges in Bow, Jib and Spinnaker, as well as a number of different banks and investment firms. Bow does have certain areas designed by Karl Dressen van Hildersbee, and while the city may not be as stunning as Master Stateroom it still manages to pull in lots of tourists.

The Constitutional Monarchy of J Class