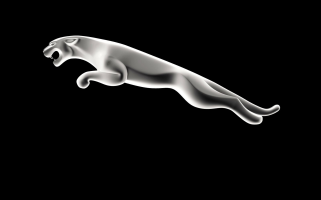 The Greater Free Republic of Ilek-Vaad is a gargantuan, environmentally stunning nation, ruled by First Republican Atalea Grant with a fair hand, and renowned for its sprawling nuclear power plants, smutty television, and absence of drug laws. The hard-nosed, democratic, cheerful population of 42.858 billion Vaadians enjoy extensive civil rights and enjoy a level of social equality free from the usual accompanying government corruption.

The medium-sized, socially-minded government juggles the competing demands of Education, Environment, and Defense. The average income tax rate is 47.5%, but much higher for the wealthy.

The frighteningly efficient Ilek-Vaadian economy, worth a remarkable 7,404 trillion Drachmas a year, is highly specialized and led by the Book Publishing industry, with significant contributions from Automobile Manufacturing, Information Technology, and Trout Farming. State-owned companies are common. Average income is an impressive 172,773 Drachmas, and distributed extremely evenly, with little difference between the richest and poorest citizens.

Prison walls have had to be modified to keep parkour-trained criminals from escaping, hospitals fear government fines more than terrorist ransoms, restaurants are required to specify whether their toilet paper was made in Ilek-Vaad, and diminutive Ilek-Vaadian generals are feared for their aggressiveness. Crime is pervasive, probably because of the absence of a police force. Ilek-Vaad's national animal is the jaguar, which frolics freely in the nation's many lush forests.

Ilek-Vaad is ranked 136th in the world and 2nd in The Federated Klatchian Coast for Largest Automobile Manufacturing Sector, scoring 34,179.1 on the Henry Ford Productivity Index.