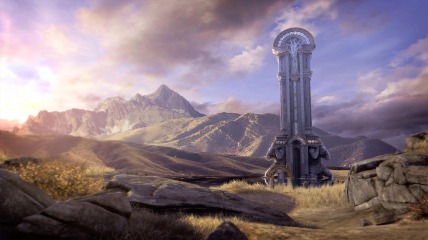 The Happy Not Oppressed People of IB Larioth is a massive, orderly nation, ruled by The Goddess Queen Larissa with an iron fist, and notable for its compulsory military service, free-roaming dinosaurs, and absence of drug laws. The hard-nosed, hard-working, cynical, devout population of 2.583 billion Lariothians are rabid consumers, partly through choice and partly because the government tells them to and dissenters tend to vanish from their homes at night.

The medium-sized, corrupt, well-organized government juggles the competing demands of Defense, Law & Order, and Spirituality. It meets to discuss matters of state in the capital city of The Dark Citadel. The average income tax rate is 55.4%.

The frighteningly efficient Lariothian economy, worth 268 trillion Gold Pieces a year, is led by the Arms Manufacturing industry, with significant contributions from Information Technology, Retail, and Woodchip Exports. Average income is an impressive 103,834 Gold Pieces, and evenly distributed, with the richest citizens earning only 3.2 times as much as the poorest.

People seem disproportionately distraught when told a museum has a phones-off policy, older citizens lament over the loss of law and order, the government is engaging in an agricultural trade war with Maxtopia, and all streets are privately owned toll roads. Crime, especially youth-related, is totally unknown, thanks to a well-funded police force and progressive social policies in education and welfare. IB Larioth's national animal is the Fel Siren, which frolics freely in the nation's many lush forests, and its national religion is The Larissa Cult.

You Should See Me in a Crown,

The Dragonic States of Utopia,