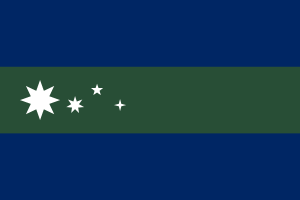 The Republic of HumanDroid is a massive, efficient nation, notable for its barren, inhospitable landscape, daily referendums, and suspicion of poets. The hard-nosed, cynical, humorless, devout population of 1.744 billion HumanDroidians are prohibited from doing almost everything except voting, which they do timidly and conservatively.

The medium-sized, corrupt government juggles the competing demands of Education, Industry, and Defense. Citizens pay a flat income tax of 48.0%.

The powerhouse HumanDroidian economy, worth 143 trillion tacoes a year, is fairly diversified and led by the Arms Manufacturing industry, with significant contributions from Woodchip Exports, Uranium Mining, and Automobile Manufacturing. Black market activity is extensive. State-owned companies are common. Average income is 82,447 tacoes, with the richest citizens earning 5.5 times as much as the poorest.

Leader is too busy listening to praise to get any work done, women don't report crimes to the emergency services for fear of being arrested, delivery truck companies use hospital parking lots to store 16-wheelers, and coffee cups have grown in size to accommodate the huge ingredients list. Crime, especially youth-related, is totally unknown, thanks to a well-funded police force and progressive social policies in education and welfare. HumanDroid's national animal is the frog, which teeters on the brink of extinction due to widespread deforestation.

HumanDroid is ranked 208,553rd in the world and 165th in Shinka for Most Popular Tourist Destinations, with 20.88 Tourists Per Hour.