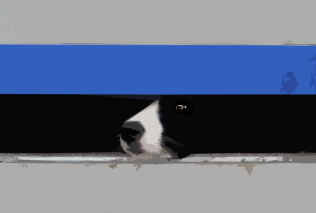 The Aaaaaaargh of
Hrrrrrrrg
Anarchy
We made it!
Influence
Truckler
Region
The Bar on the corner of every region
Civil Rights
Frightening
Economy
Frightening
Political Freedom
Corrupted

The Aaaaaaargh of Hrrrrrrrg is a gargantuan, genial nation, notable for its multi-spousal wedding ceremonies, absence of drug laws, and devotion to social welfare. The compassionate, hard-working, democratic, cheerful, devout population of 10.243 billion Hrrrrrrrgians live in a state of perpetual fear, as a complete breakdown of social order has led to the rise of order through biker gangs.

The minute, corrupt, liberal, pro-business, outspoken government, or what there is of one, juggles the competing demands of Administration, Education, and Welfare. Citizens pay a flat income tax of 3.4%.

The frighteningly efficient Hrrrrrrrgian economy, worth a remarkable 2,049 trillion tiny little dog treats a year, is driven almost entirely by the private sector, which is broadly diversified and led by the Information Technology industry, with major contributions from Retail, Soda Sales, and Gambling. Average income is an amazing 200,116 tiny little dog treats, with the richest citizens earning 8.5 times as much as the poorest.

Foreign leaders never seem to want to shake hands with Leader, nobody is allowed to stop the local daycare from reading Nietzsche to pre-schoolers, Leader panders to nontraditional families, and all judiciary cases are decided in the court of public opinion. Crime, especially youth-related, is all-pervasive, perhaps because of the country's complete lack of prisons. Hrrrrrrrg's national animal is the Trailer Dog, which teeters on the brink of extinction due to widespread deforestation.

Hrrrrrrrg is ranked 6,364th in the world and 10th in The Bar on the corner of every region for Highest Wealthy Incomes, with 527,772 Standard Monetary Units.