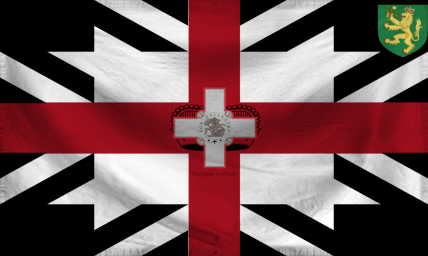 The Militarist Kingdom of Hoile is a massive, environmentally stunning nation, ruled by King Albert II with an even hand, and notable for its ubiquitous missile silos, restrictive gun laws, and devotion to social welfare. The compassionate population of 1.038 billion Hoilists are fiercely patriotic and enjoy great social equality; they tend to view other, more capitalist countries as somewhat immoral and corrupt.

The large government juggles the competing demands of Education, Administration, and Healthcare. It meets to discuss matters of state in the capital city of Starstead. The average income tax rate is 79.8%, and even higher for the wealthy.

The frighteningly efficient Hoilean economy, worth 126 trillion Pounds a year, is led by the Tourism industry, with major contributions from Information Technology, Book Publishing, and Basket Weaving. State-owned companies are common. Average income is an impressive 121,721 Pounds, and distributed extremely evenly, with little difference between the richest and poorest citizens.

Referenda can be called for any law at the request of at least one third of the voting population, playing an online nation simulation game legally obliges you to buy the creator's latest novel, it is illegal for a parent to tell a child to stop eating their boogers, and refugees from other nations are flocking to Hoile's border. Crime, especially youth-related, is totally unknown, thanks to a well-funded police force and progressive social policies in education and welfare. Hoile's national animal is the Wolf, which frolics freely in the nation's many lush forests.

Hoile is ranked 101,616th in the world and 2,678th in the West Pacific for Largest Gambling Industry, scoring 1,544.16 on the Kelly Criterion Productivity Index.

Most Recent Government Activity: 53 minutes ago

The Holy Principality of Saint Mark,

The United Republic of Westend,

The Free States of Gotham,