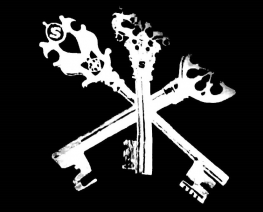 The Sociopathic Democracy of Gunorium is a gargantuan, socially progressive nation, ruled by Mister Scoops with an even hand, and remarkable for its free-roaming dinosaurs, infamous sell-swords, and otherworldly petting zoo. The hard-nosed, hard-working, humorless population of 15.428 billion Gunorians are either ruled by a sleek, efficient government or a conglomerate of multinational corporations; it's difficult to tell which.

The relatively small, corrupt, pro-business government juggles the competing demands of Defense, Education, and Industry. It meets to discuss matters of state in the capital city of Kablewyville. The average income tax rate is 31.3%.

The frighteningly efficient Gunoriumian economy, worth a remarkable 8,276 trillion Miltary Rounds a year, is broadly diversified and led by the Information Technology industry, with major contributions from Arms Manufacturing, Retail, and Book Publishing. Black market activity is rampant. Average income is a breathtaking 536,429 Miltary Rounds, and evenly distributed, with the richest citizens earning only 4.3 times as much as the poorest.

Human pie shops continue to receive shipments of meat from Spleeny Rodd's, both diets and economic output are growing leaner with recent restrictions to free trade, annual Formula One races bring the capital to a screeching halt, and hedge fund managers are diversifying into herbaceous borders. Crime, especially youth-related, is pervasive, with the police force struggling against a lack of funding and a high mortality rate. Gunorium's national animal is the Fox, which teeters on the brink of extinction due to widespread deforestation, and its national religion is The Gun Runners.

Gunorium is ranked 38,571st in the world and 709th in the Rejected Realms for Most Influential, scoring 1,163 on the Soft Power Disbursement Rating.