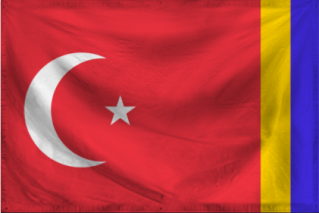 The Republic of Gor Kebab is a colossal, efficient nation, ruled by Steve Cotterill with a fair hand, and notable for its national health service, otherworldly petting zoo, and stringent health and safety legislation. The compassionate, hard-working, democratic population of 9.276 billion Gor Kebabians hold their civil and political rights very dear, although the wealthy and those in business tend to be viewed with suspicion.

The medium-sized, corrupt, liberal, outspoken government juggles the competing demands of Administration, Education, and Industry. It meets to discuss matters of state in the capital city of Kebab City. The average income tax rate is 87.5%, and even higher for the wealthy.

The frighteningly efficient Gor Kebabian economy, worth a remarkable 1,692 trillion Kiscks a year, is fairly diversified and led by the Tourism industry, with major contributions from Information Technology, Arms Manufacturing, and Book Publishing. Black market activity is frequent. Average income is an impressive 182,443 Kiscks, and distributed extremely evenly, with little difference between the richest and poorest citizens.

Good-looking soldier boys have celebrity status amongst the nation's homosexuals, criminals rejoice in the streets as the entire police force is sent away on a training retreat, foreign leaders with unpaid parking tickets are often refused entry, and whales in captivity live in little more than glorified goldfish bowls. Crime, especially youth-related, is totally unknown. Gor Kebab's national animal is the Lion, which frolics freely in the nation's many lush forests, and its national religion is Islam.

Gor Kebab is ranked 4,952nd in the world and 70th in Europe for Most Subsidized Industry, scoring 9,964.03 on the Gilded Widget Scale.