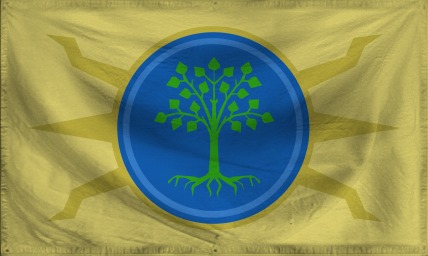 The Great Nation of Golexald is a massive, cultured nation, ruled by Lex Norixius with a fair hand, and renowned for its museums and concert halls, irreverence towards religion, and devotion to social welfare. The compassionate, democratic population of 4.351 billion Golexians enjoy a sensible mix of personal and economic freedoms, while the political process is open and the people's right to vote held sacrosanct.

The enormous government juggles the competing demands of Education, Administration, and Healthcare. It meets to discuss matters of state in the capital city of Golexald City. The average income tax rate is 80.2%, and even higher for the wealthy.

The frighteningly efficient Golexaldian economy, worth 413 trillion gees a year, is driven entirely by a combination of government and state-owned industry, with private enterprise illegal. The industrial sector, which is quite specialized, is dominated by the Information Technology industry, with significant contributions from Book Publishing, Furniture Restoration, and Tourism. Average income is 94,975 gees, and distributed extremely evenly, with little difference between the richest and poorest citizens.

A large-scale revitalization of the education system is underway, primetime re-runs of The Black and White Minstrel Show are a critical hit, nature magazines featuring stick insects on their covers are sometimes mistaken for fashion magazines, and signs at the border tell international drivers where they can put their cars. Crime, especially youth-related, is totally unknown, thanks to a well-funded police force and progressive social policies in education and welfare. Golexald's national animal is the xaldo, which frolics freely in the nation's many lush forests.

Golexald is ranked 229,150th in the world and 7,278th in the Rejected Realms for Largest Insurance Industry, scoring -11.45 on the Risk Expulsion Effectiveness Rating.