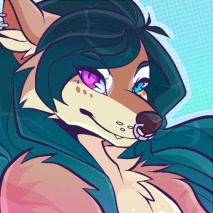 The Republic of Furrelia is a gargantuan, orderly nation, renowned for its compulsory military service, irreverence towards religion, and complete absence of social welfare. The hard-nosed, hard-working, cynical population of 10.252 billion Furrelians are rabid consumers, partly through choice and partly because the government tells them to and dissenters tend to vanish from their homes at night.

The thriving Furrelian economy, worth 686 trillion shillings a year, is broadly diversified and led by the Arms Manufacturing industry, with major contributions from Trout Farming, Uranium Mining, and Book Publishing. Average income is 66,979 shillings, but there is a significant disparity between incomes, with the richest 10% of citizens earning 214,142 per year while the poor average 15,911, a ratio of 13.5 to 1.

Surrealist houses shaped like mushrooms and volcanoes dominate the wealthiest neighborhoods, voting is voluntary, sex changes are routinely performed at Furrelia's hospitals, and a The Trunk of a Pontiac Tempest Tourist Association survey has rated Furrelia #1 for number twos. Crime, especially youth-related, is relatively low, thanks to a well-funded police force. Furrelia's national animal is the goldfish, which can occasionally be seen avoiding garbage in the nation's murky oceans.

Furrelia is ranked 36,975th in the world and 5th in The Trunk of a Pontiac Tempest for Greatest Rich-Poor Divides, with 13.46 Rich To Poor Income Ratio.