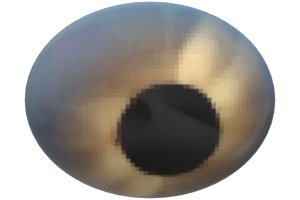 The Grand figment of Fractalnavel is a gargantuan, cultured nation, ruled by the cosmic mole with a fair hand, and renowned for its complete lack of prisons, irreverence towards religion, and hatred of cheese. The hard-nosed, hard-working, democratic, cheerful population of 25.208 billion Fractalnaveloids hold their civil and political rights very dear, although the wealthy and those in business tend to be viewed with suspicion.

The minute, liberal, outspoken government, or what there is of one, is solely concerned with Education. It meets to discuss matters of state in the capital city of herenow. Income tax is unheard of.

The thriving Fractalnavelian economy, worth a remarkable 2,712 trillion expletives a year, is driven almost entirely by the private sector, which is highly specialized and mostly made up of the Book Publishing industry, with significant contributions from Retail, Information Technology, and Gambling. Average income is an impressive 107,611 expletives, and evenly distributed, with the richest citizens earning only 2.0 times as much as the poorest.

Drowning sailors are hung out to dry, citizens are enjoying a recent large cut in taxes, the first step of recovery from alcoholism usually entails buying a bicycle, and in a fit of passion the cosmic mole has shredded thirty years' worth of petitions. Crime, especially youth-related, is so common that it is unusual to encounter someone following the law, perhaps because of the country's complete lack of prisons. Fractalnavel's national animal is the cat of schroedinger, which is also the nation's favorite main course, and its national religion is nondeterministic mechanism.

Fractalnavel is ranked 222,366th in the world and 1st in Void of Antientropic Mechanism for Most Average, scoring 20.49 on the Average Standardized Normality Scale.