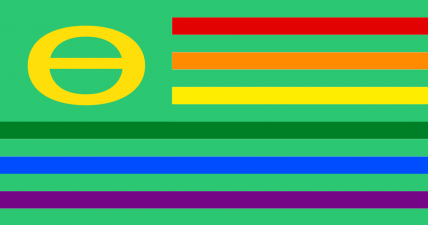 The Republic of Floreznia is a massive, environmentally stunning nation, ruled by Zain Frole with a fair hand, and remarkable for its multi-spousal wedding ceremonies, rampant corporate plagiarism, and devotion to social welfare. The compassionate, democratic population of 2.122 billion Floreznians love a good election, and the government gives them plenty of them. Universities tend to be full of students debating the merits of various civil and political rights, while businesses are tightly regulated and the wealthy viewed with suspicion.

The enormous, socially-minded government juggles the competing demands of Healthcare, Education, and Welfare. It meets to discuss matters of state in the capital city of Florezville. The average income tax rate is 75.9%, and even higher for the wealthy.

The very strong Floreznian economy, worth 158 trillion dollars a year, is driven entirely by a combination of government and state-owned industry, with private enterprise illegal. The industrial sector, which is quite specialized, is mostly made up of the Trout Farming industry, with significant contributions from Basket Weaving and Book Publishing. Average income is 74,613 dollars, and distributed extremely evenly, with practically no difference between the richest and poorest citizens.

A little pushing and pulling is needed for big ships to pass, hackers post hourly updates on international summits, prenuptial contracts have replaced diamond rings in marriage proposals, and the government is spending billions of dollars on helping citizens find spiritual enlightenment. Crime, especially youth-related, is totally unknown, thanks to a capable police force and progressive social policies in education and welfare. Floreznia's national animal is the leopard, which frolics freely in the nation's many lush forests.

The palace of God 2,

Pogging Through The Pain, and