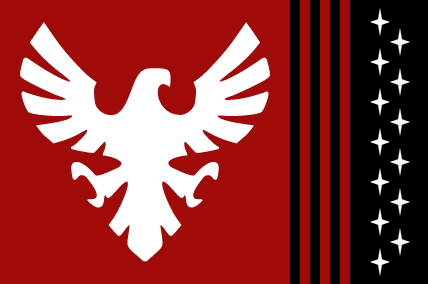 The Imperial Provinces of Exxosia is a gargantuan, efficient nation, ruled by the Great and Mighty Exxos with a fair hand, and remarkable for its rampant corporate plagiarism, infamous sell-swords, and complete lack of public education. The hard-nosed, hard-working, democratic population of 20.307 billion Exxosians live in a state of perpetual fear, as a complete breakdown of social order has led to the rise of order through biker gangs.

There is no government in the normal sense of the word; however, a small group of community-minded, liberal, pro-business, outspoken individuals juggles the competing demands of Administration, Education, and Public Transport. It meets to discuss matters of state in the capital city of Exxosia Central City. Income tax is unheard of.

The frighteningly efficient Exxosian economy, worth a remarkable 8,286 trillion Xosars a year, is driven almost entirely by the private sector, which is broadly diversified and dominated by the Information Technology industry, with significant contributions from Retail, Soda Sales, and Woodchip Exports. Average income is an amazing 408,059 Xosars, but there is a large disparity between incomes, with the richest 10% of citizens earning 1,792,069 per year while the poor average 58,423, a ratio of 30.7 to 1.

Brown Sugar 101 is a popular course at community colleges, the government regularly hires contractors to construct high rise apartments, the ruling party has a devil of a time keeping order in the ranks, and unwary hikers climbing the bluffs of Mount Exxosia Central City make great practice for foreign snipers. Crime, especially youth-related, is so common that it is unusual to encounter someone following the law, perhaps because of the country's complete lack of prisons. Exxosia's national animal is the Exxosian void hawk, which teeters on the brink of extinction due to toxic air pollution, and its national religion is not applicable.

Exxosia is ranked 239th in the world and 3rd in Antarctic Oasis for Largest Pizza Delivery Sector, scoring 17,775.61 on the Pepperoni Propulsion Productivity Index.